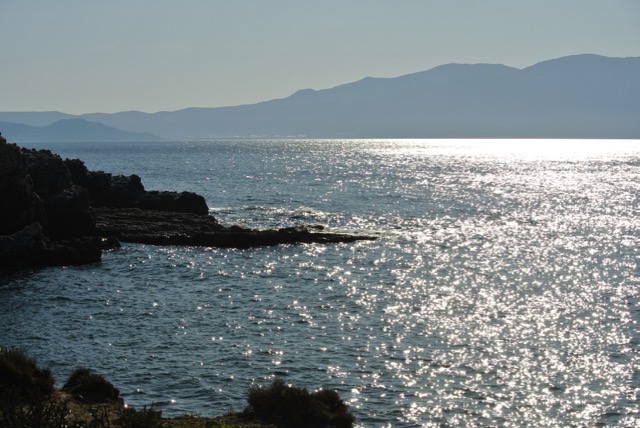 Luke 5:27-28 NIV
After this, Jesus went out and saw a tax collector by the name of Levi sitting at his tax booth. “Follow me,” Jesus said to him, and Levi got up, left everything and followed him.

This is an unexpected encounter. Jesus had just amazed people by healing a paralysed man, but in the process had upset people by saying, first, that forgiveness was more important than physical healing (easy to believe, perhaps, if you’re not sick) and second, that he was willing and authorized to hand out such forgiveness quite freely (easy to believe, perhaps, if you’re not a Pharisee). Then he passed by a tax collector “sitting at his tax booth” and challenged him, apparently randomly, to follow him.

This was also upsetting. No one liked tax collectors, except perhaps other tax collectors, and other people who nobody liked. Tax collectors were rich, not through honest work, but rather through exploitation and injustice. Jesus up until now had developed a reputation as being the friend of the poor and needy – good, honest folk who life had dealt a rough hand. Now he seemed to be reaching out to the rich and dishonestly successful. He appeared to be asking these nasty people to be part of his group. People around Jesus were confused. What was Jesus doing really?

Luke 5:30 NIV
But the Pharisees and the teachers of the law who belonged to their sect complained to his disciples, “Why do you eat and drink with tax collectors and sinners?”

For the Pharisees it was more evidence that Jesus was suspect. What kind of teacher would associate with such people, let alone ask them to be part of his little band? For the people that invariably seemed to be crowding around Jesus it must also have been a bit shocking. But what about the existing group of disciples, the ones Jesus had already recruited: Peter and James and John. What did they think? It would not be surprising if they felt a little put out. Were they expected to welcome and embrace such a person?

What is more, when Jesus justified his inclusiveness by saying that he had not come to call the righteous but sinners to repentance he was in effect putting them into the same category as this professional cheat? How could Jesus do this without consulting them?

Luke 5:31
Jesus answered them, “It is not the healthy who need a doctor, but the sick. I have not come to call the righteous, but sinners to repentance.”

A similar thing happened to me many years ago when as a young Christian I signed up for a discipleship training school. I found myself sharing a room with a recent convert, a man who had recently been released from prison where he had served time for an assault with grievous bodily harm charge. I found myself a little perplexed by the school’s choice of trainees for Christian service, but realized quickly that they were simply following the example of Jesus.

The thing that has puzzled me most is what was going on for Levi? One minute he was a disliked tax cheat, sitting in his booth plying his dishonest trade, the next minute he was a follower of Jesus. What was behind this lightning decision? How did it happen?

You sometimes get the feeling that Jesus is attractive to the poor, the unsuccessful, the socially disadvantaged. They have everything to gain by following Jesus, nothing to lose. But rich, successful people like Levi? What did he hope to gain by leaving everything to follow Jesus?

For all his riches, for all his wealthy friends, there was something lacking in Levi’s life. He had heard Jesus speak before, and had seen him heal. He was confronted by Jesus’ honesty, his authenticity, his power. He was attracted by what he saw in Jesus, but he knew that he could never partake in the kind of life that Jesus spoke of, because of the life he had lived. He had heard Jesus speak of forgiveness, and understood when Jesus said it was more important than physical healing or material riches. Because Levi’s burden in life was not poverty or sickness, but guilt.

Levi knew that he had done much in his life which was morally questionable. He knew that his prosperity came at the expense of others. He had never meant to go so far when he had started out. His first dishonest acts as a tax collector had been small ones, just to get established in business, not meant to become a pattern. He had believed he would be an honest tax collector once he had made his start. But one lie led to another and each one led to greater riches. Little sins became bigger sins, and despite the nagging guilt, his sin became a way of life, a way of doing business.

He regretted it but he had long since realized that was in too deep to get out. He wished he could extract himself from the life he had built, for his wealth gave him no joy and he had come to despise his riches. But it was too late. He couldn’t go back, he was beyond forgiveness. Every day he saw people he had cheated passing by, and he knew that they would never forgive him. He was wealthy, but he had no peace in his heart. The happiness that he believed would come with wealth and financial security eluded him. He did everything he could to repress the guilt that attacked him, but try as he might, it came back every time one of his “victims” walked past.

Levi listened to Jesus’ talk of forgiveness with longing. At the same time he was aware that he was beyond redemption. He knew Jesus would never offer such release to him, a tax collector.

That was, of course, where he was wrong. Completely out of the blue, Jesus saw Levi and stopped. He knew him, knew the things that Levi was struggling with. Knew the deepest desire of his heart. And simply said “Follow me”. Levi knew what that meant. Forgiveness. Freedom from guilt. A new start.

He didn’t need to be asked twice. He immediately left everything and followed Jesus. He somehow knew that this opportunity might never come again. His life was turned around, turned upside down. His whole identity was changed in that instant. He went from being a tax collector to being a follower of Jesus. It was a miracle.

How do we respond to Jesus offer of forgiveness? Are we offended because of the no hopers Jesus invites in to be our brothers and sisters? Have we forgotten who we were? Or are we as thankful as Levi because we know from what we are rescued, and that our messed up lives have been given a new start?

I have come to call not those who think they are righteous, but those who know they are sinners and need to repent.