Luke 5:18-20 NIV
Some men came carrying a paralyzed man on a mat and tried to take him into the house to lay him before Jesus. When they could not find a way to do this because of the crowd, they went up on the roof and lowered him on his mat through the tiles into the middle of the crowd, right in front of Jesus. When Jesus saw their faith, he said, “Friend, your sins are forgiven.” 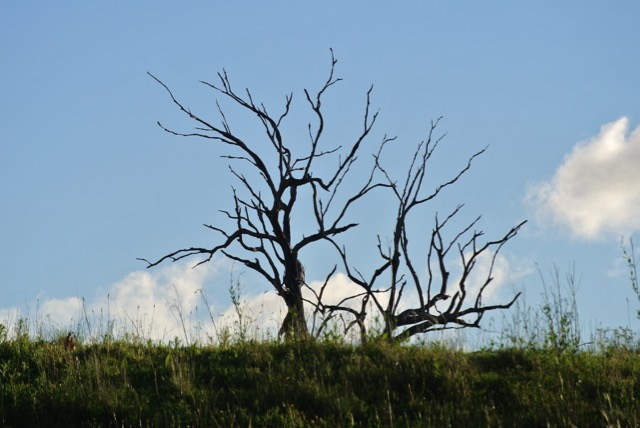 Which is most important? Sin or sickness? To the paralyzed man it would appear to have been sickness: he was severely disabled. Why did Jesus do what he did? Why even bring up the issue of the man’s sinfulness? Sounds insensitive and uncaring, almost cruel, as if Jesus had chosen to ignore the man’s “real” problem and focus on something irrelevant in the situation – his sinfulness. Was Jesus just using this poor man to pick a fight with the Pharisees? Jesus didn’t usually start talking about sin when people came to be healed, so why did he do it with this guy? Why not just heal him and let him go on his way rejoicing?

I don’t really like the word “sin.” It has so many negative connotations. Surely it’s better to focus on people’s strengths than their weaknesses, their potential for good rather than their propensity for bad. Why do Christians so often focus on the bad in people and the world, rather than the good? Why are we so negative? This tendency of Christians has given us a bad name in the post modern world in which we live, a world where the concept of sin has been relegated to the waste bin.

Jesus was a positive person. My reading of the New Testament gives an impression that people felt blessed rather than condemned by meeting him. Yet in this situation where sickness was apparently the main issue to be dealt with, and sin hadn’t even entered the conversation, Jesus chose to make the forgiveness of sins the focus, not the healing of disease.

It would be easy to think that Jesus was just using the man and his problems to teach the people around him a lesson and to provoke the Pharisees, but I think that would be misjudging Jesus. In my years as a doctor I have discovered that humans think in terms of cause and effect, and though it is not stated and was very possibly not even known by the onlookers, I suspect that the man before Jesus was a man racked by guilt. If Jesus chose to focus first on the forgiveness of his sin, and not on his paralysis, I believe it was because this was the deepest and most relevant need of the man before him.

How could that be? We have no way of knowing why the man was paralyzed, just that he was. Was it an act of stupidity which had damaged his spinal cord? Was he tormented by regret? Had his paralysis resulted from some wrongdoing – something “sinful”? Did he feel he was being punished for that wrong doing? Perhaps the stupid or sinful act that had led to his paralysis had resulted in the death or injury of another person, someone innocent of wrong doing. Was he racked by guilt?

I have even wondered if his sin might have been generally known in the community – that people around him knew that his paralysis was the result of his sin. Perhaps he received little sympathy for his predicament precisely because people knew it was his own fault. Perhaps he was judged by the community around him as being deserving of his suffering. Perhaps, apart from his few faithful friends, he was, like the leper in the same chapter, outcast.

The action of Jesus in forgiving the man’s sin was, I believe, more significant for the man than the healing that followed. This may be hard for us to imagine, with our preoccupation with the physical, but I believe that Jesus was in fact dealing with the man’s deepest need. The man could live with his spinal injury, but I believe his guilt was killing him. Even if no-one around him knew what was going on in this man’s heart, Jesus knew. It was that guilt that Jesus wanted to deal with first and foremost. Jesus went straight to the core issue.

Sin leads to guilt, and guilt can kill us. We ignore sin at our peril. Doctors, like anyone else, can be fooled into believing that sickness is the only thing that matters for people, but we need to seek to understand the whole person, and understand that the real problem may not be the one that seems most obvious. Sickness is, of course, extremely important, but it is not always the only thing, and it is not always the most important thing. Jesus knew, and we should be aware, that dealing with sin is often of greater significance in healing than dealing with sickness and disability. How we do that as doctors is an interesting question, but there is no doubt that it is important.